tl;dr: Bought FRPH at $39/share in July 2016. Currently, the stock is at $58/share, driven mainly by value enhancing steps taken by owner-operators, the Baker family. This article reviews how FRPH put Value in Action.


FRPH recently announced the sale of their industrial warehouse assets (41 properties) to Blackstone for $359M. The management announced that this was good time to sell given lower taxes and low cap rates. I thought this transaction provided a good opportunity to write about FRPH as "Value in Action" investment. The management doesn't promote the stock much - just look at their bare bones Investor relations website, but they have been long term owner-operators and have created significant value.


FRP Holdings ($FRPH) was formed in 1986 from spin off of real estate and transportation businesses from Florida Rock Industries. I first learned about FRPH from a stock pitch by Bill Chen of Rhizome Capital Partners. The original Florida Rock was run by the Baker family. The Bakers sold Florida Rock, a constructions materials company (aggregate mining and cement and concrete products), to Vulcan Materials for $4.6B in 2007. In 2015, FRP spun off its transportation segment into Patriot Transportation Holdings. Based on their long term record (1994 - now), the Bakers have been long term oriented and patient capital allocators, and they own 32% of FRP Holdings. They have extracted value from the original Florida Rock via spin offs, resource conversions, sale of businesses, and tax efficient and sale.


Martin Whitman said that resource conversion is a more common source of wealth than earnings growth. An example of resource conversion by FRPH is the transformation of concrete plant on the side of Anacostia river to Dock 79 which offers apartments and high end restaurants. Part of this conversion was possible due to construction of the Nationals baseball stadium in that area and accompanying transformation from industrial to residential / mixed used area in DC's Capitol Riverfront area. 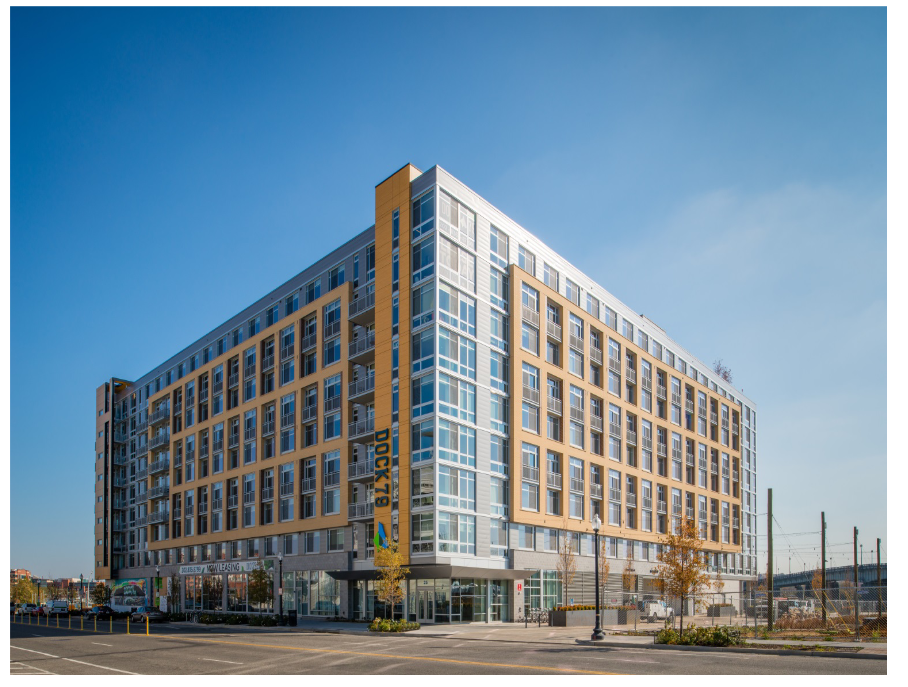 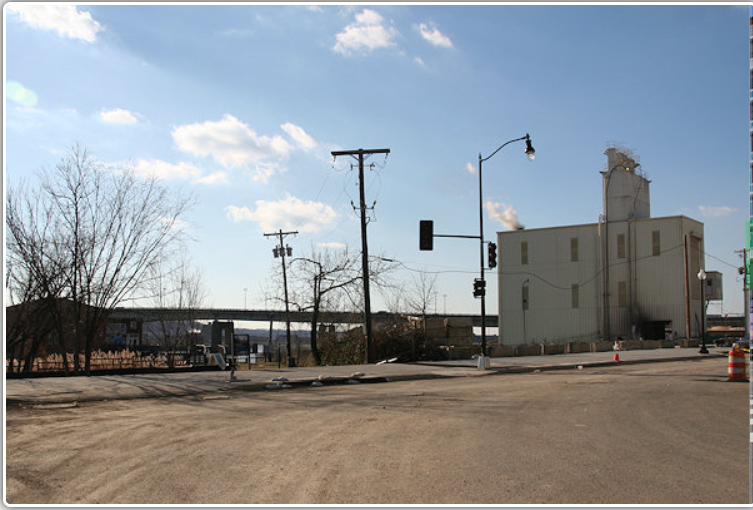 2016: Dock 79 from the same angle as the concrete plant picture above (source: JDLand) 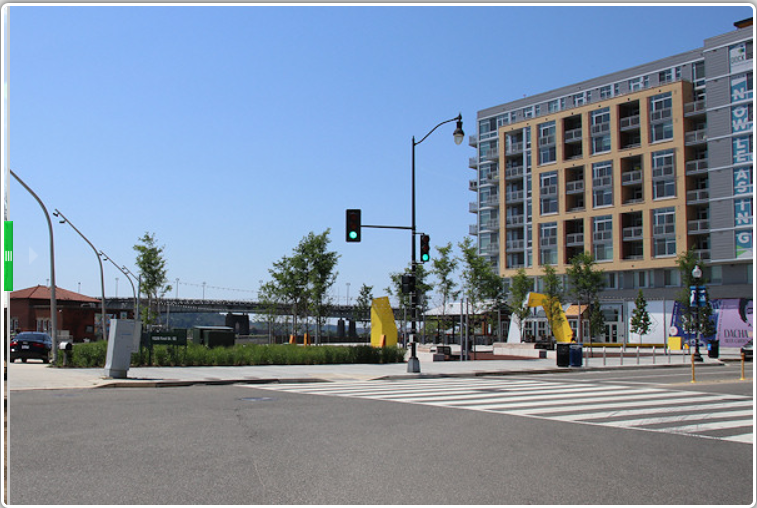 FRPH plans to develop Dock 79's adjoining land parcel into another apartment building (Phase 2) below - 71 Potomac - where they are starting construction in Q218. This will be followed by 2 more phases (yet undetermined) following the construction of new Frederick Douglass bridge in 2021. 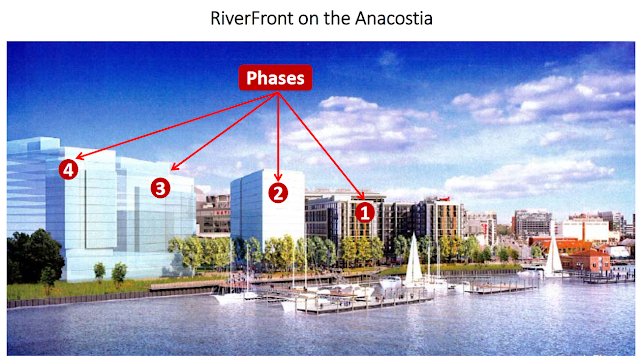 The Hampstead Trade Center offers another example of value enhancing play from the Bakers. FRPH bought it as part of 1031 exchange. 1031 exchanges are standard way that FRPH reinvests proceeds from sale of real estate, and lowers tax burden. They have now re-zoned this land from commercial business part to residential use and are looking to sell it.

Table 1: Sum of the parts valuation for FRPH

Note 1: Proceeds from Industrial Warehouse sale to Blackstone (all numbers in $K). I didn't include cash tax from this table in the valuation because the Bakers have successfully used 1031 transactions to avoid paying taxes. I do think that they'll end up paying some taxes, but don't know what number from $0 to $50M to put on it. 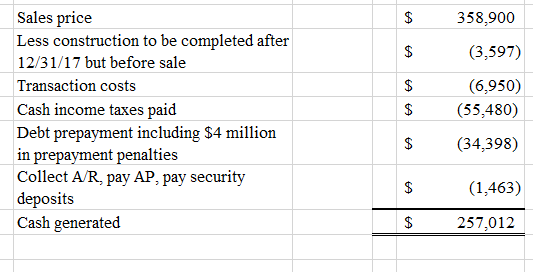 Many of the developments in Note 2 are long term projects and so putting value on these is hard. But the location of some of these land lots makes it an attractive investment. The Phase II of Riverfront has broken ground and construction will start soon. But Phase III and IV will proceed only after construction of the new Frederick Douglass bridge which is scheduled to complete construction by 2021.

For 2nd life of mines, Ft Myers second life will start in 8-10 years after mining has ended.

Buzzard point (square 664E) site is along the Anacostia river close to the new DC United Soccer stadium which opens in July 2018. This has the potential to a valuable site similar to Dock 79 (close to Nationals baseball stadium). 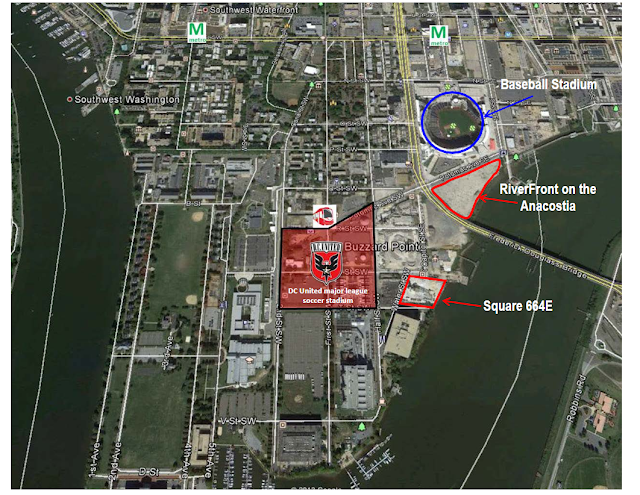 What are the future possibilities?

I first found about Scheid in a  writeup  from Aaron Edelheit. Scheid is the 33rd largest winery in the United States when measured by num...

Walnut Ave Value
I am an individual investor looking to buy undervalued stocks. Contact me at walnutavevalue@gmail.com. Disclaimer: this is NOT investment advice. Nothing on this blog is a solicitation for business nor a recommendation to buy or sell securities.